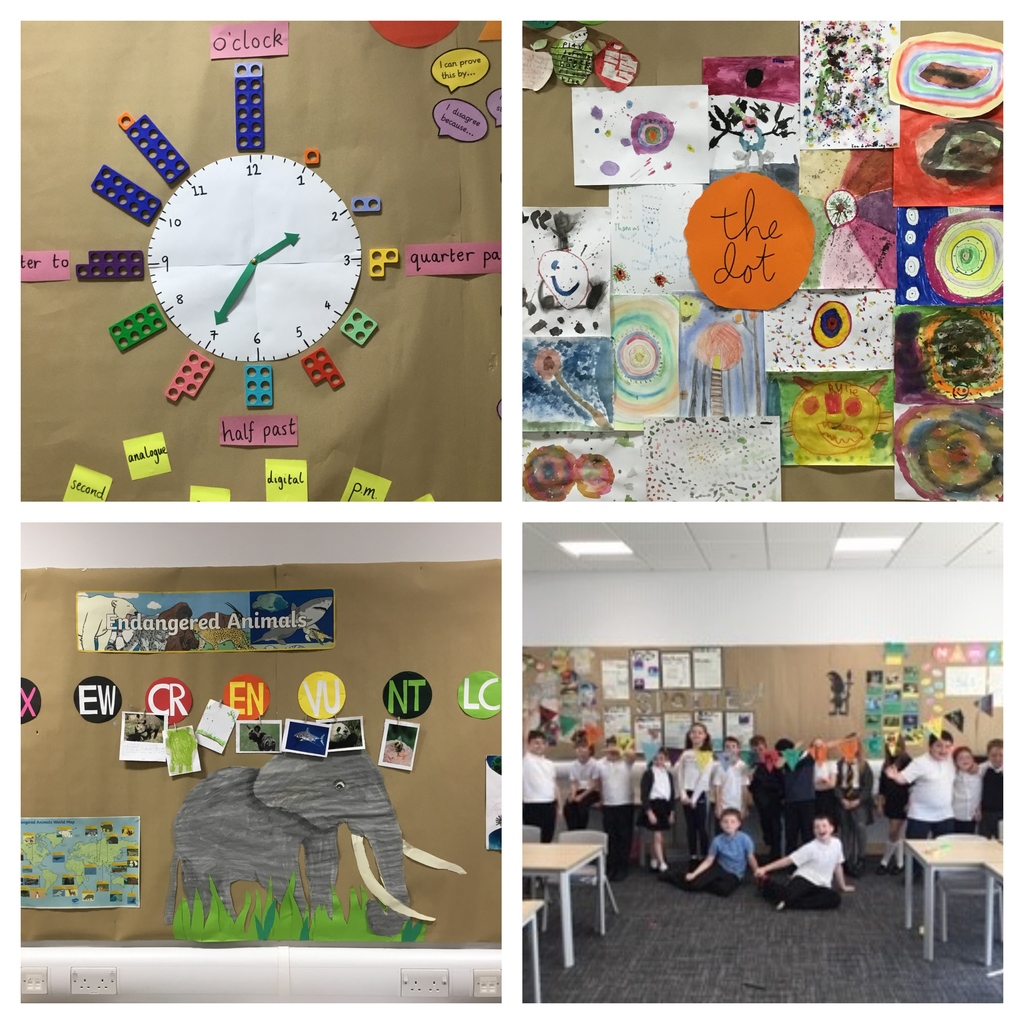 Published on: 18-11-2020 16:47
Our topic in P5 this term is Endangered Animals. We have been learning all about different biomes and the threats endangered animals face. We have learnt about the ‘Red List’ which is a list which shows how endangered different animals are. It goes from Extinct to Extinct in the Wild to Critically Endangered to Endangered to Vulnerable to Near Threatened, and then to Least Concern. On our wall we have a Sumatran Elephant which is a Critically Endangered Species. She is called Ellie. In Maths we have been learning more about time and how to read clocks and the difference between 12h and 24h time. We read a book this week called The Dot which is all about a child who doesn’t think they are good at something but then practices and works hard and becomes amazing at it. We created our own dot pictures too.

Welcome to our new School App